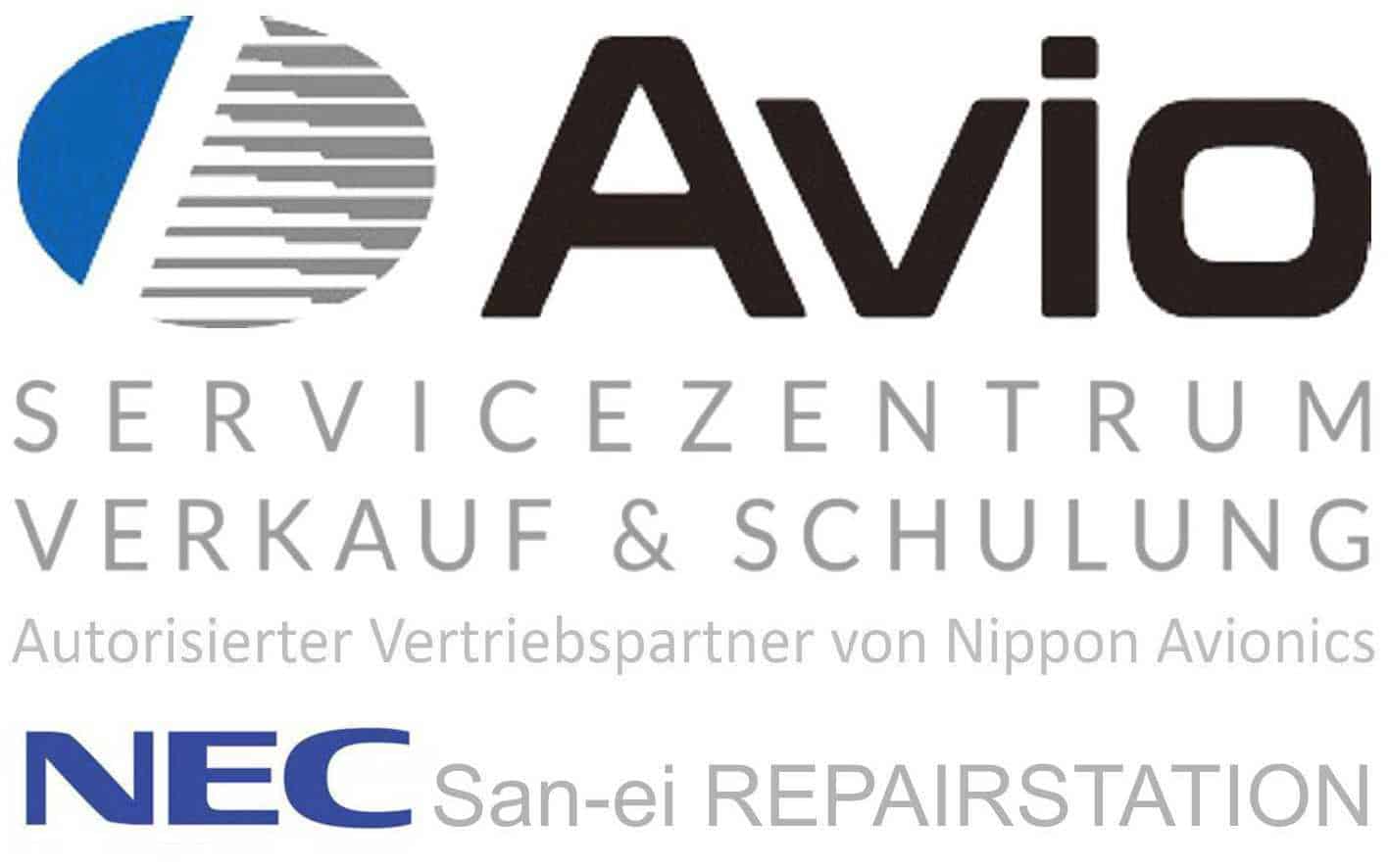 Infrared-based thermal imagers are becoming increasingly interesting for the security market – not only for fire detection as a complement traditional video surveillance systems. Thermal imaging cameras are now fully developed and offer numerous application possibilities. The sizes have been reduced by the use of novel sensors / detectors and improved image processor further and adapted the designs to a variety of applications. Temperature development in a rotary kiln in a cement plant, taken with a Wärmebilkamerasystem with fusion technology.

Most people are familiar with thermal imaging cameras from the building thermography to make heat losses visible. Fire departments use particularly robust devices for rescuing people from burning buildings and smoky and for the detection of fire sources. Due to the operating principle of thermal imaging cameras can produce usable images even in the dark, rain and fog, and over much greater distances than “normal” video cameras.

Already in 1800, experimented the physicist Wilhelm Herschel with the “invisible rays“: A glass prism decomposed sunlight into its component colors with a thermometer, he proved that the temperature beyond the red light still rising, this radiation we perceive as heat...

At the end of the 19th century, Max Planck formulated his radiation law: Every body with a temperature above absolute zero (0 Kelvin = -273.15 degrees Celsius) emits electromagnetic radiation own. The American Samuel Langley constructed in 1878 the first heat sensor, the archetype of the bolometer.

Two electrically interconnected platinum strips were the radiation-sensitive elements. At a strip he drew the heat radiation, the other was the reference object. The heat changes the electrical conductivity – in two strips flowed different currents. Their difference is a measure for the incident radiation energy. It is this principle of operation is still the basis for modern microbolometer.

The first portable infrared cameras in the cathode ray tubes 1970s used as image recorder (Vidicon), which had to be expensively cooled with liquid nitrogen. The devices were unreliable and the image quality – by today’s standards – very modest. More modern assemblies made ​​use modern cooling methods, such as argon gas, Stirling or Petierelementkühlung, but with the associated disadvantages of Verscheißens and the required maintenance and service expenses.

A new generation arose with the FPA technology (English: focal plane array). A special optics (focal) thermal radiation is on a two-dimensional (plane) Bildaufnehmermatrize (array), projects the microbolometer. This consists of a matrix-shaped arrangement of many tiny radiation-sensitive individual elements. Each individual represents a picture element (pixel).

The greater the number of pixels, the better the resolution, the more detail will be displayed. Since these sensors do not require refrigeration, they are called uncooled microbolometer (English: UFPA; uncooled FPA).
Here, a distinction is in particular based on amorphous silicon and the VOx (vanadium oxide)-based material variants.
Preferable are the VOx detectors, as these by a higher temperature sensitivity, better signal to noise ratio (S / N) and thereby convince a lower (NETD). They are durable, especially in 24/7 operation and stable to drift, therefore, offer the best conditions to solve for fixinstallierten or applications with PTZ (pan tilt / pan-tilt system). Thermal imagers generate radiometric images of temperature events. Such two-dimensional representations may be more or less well thermally and geometrically canceled due to the detectors used, adapted to the application.

The microbolometer generated from the temperature-dependent electrical signals basically a black and white image with gray levels. A microprocessor in the thermal imaging camera assigns these gray values ​​to specific colors. This creates the so-called false-color representation.

Measures a camera, for example in process control, a pre-set maximum temperature, these points can be colored in black and white image, usually red for very hot and blue for cooler temperatures. In between are the colors for the mean temperature values​​.

Modern thermal imaging cameras can be used in the same way as regular video cameras. They can be attached to wall brackets, they can be mounted on pan-tilt heads, and it is also available as dome cameras. Depending on the type of device they have an RJ-45 network port and can be integrated into existing networks or in special security networks with TCP / IP protocol.

Thermal imaging cameras are employed today is ideal for applications where moving or rotating parts can be heated by processes or uncontrolled storage conditions or where current-carrying parts generate excessive heat and thus can cause fires.

In the area of ​​maintenance of electrical equipment, for example, electrical cabinets, server cabinets or wind turbines will be screened with handy thermal imaging cameras by hot spots. Possible fires that cost human lives and can cause substantial damage to property, can thus be effectively prevented.

Thermal imaging cameras produce temperature-dependent electrical signals. These radiometric information can be shown in principle as schwarz-/weiß ie grayscale images. A microprocessor in the camera assigns these gray values ​​to the desired colors.

Often in the past, fires caused by the fact that careless welding or grinding work were carried out on construction sites. Through glowing sparks can form tiny embers that could develop through oxygen supply within hours of a fire at unseen places. Portable thermal imaging cameras offer the invaluable opportunity to examine the work environment regularly for hot spots.

Another field of application are waste incinerators. For the construction and operation of these systems calls for the Federal Emission Regulation (ISchVO), a means for detecting and fighting fires. In waste bunkers may generate heat, which leads to spontaneous combustion due to chemical reactions.

Thermal imaging cameras detect minute temperature changes and send alarm long before ignition of the material. A key advantage of these devices: it really come to the fire, a thermal imaging camera by developing smoke and steam still good “see through” and locate the source of fire to fire detection in waste incineration plants and reservoirs brand of dangerous substances, toxic / chemical materials or merchandise after completion or treatment. their Auskühlprozesse are not completed sure to monitor with thermal imaging cameras, there are hardly a sensible alternative. thermal imagers show here clearly their superiority over other detection methods with smoke, flame and gas detectors.

Before smoke or gas is detected, already the entire waste bunker or deposit could go up in flames.
Portable thermal imaging cameras, mounted on a pan-tilt head, and continually scan uniformly the surface of a waste bunker and register there even the slightest increase in temperature.

Since thermal imagers respond only to thermal radiation, interference, such as moving trees, rain, snow and other are not relevant. They require no lighting and achieve much greater distances than conventional video cameras. So you need a whole lot less cameras.

Thermal imaging cameras are also being used for flexible object protection tasks. Along with standard cameras they can be integrated and thus combine into an overall solution in our mobile and designed for temporary use video system. About the digital H2.64 radiometric video management and image analysis system, the data of thermal imaging cameras are visualized and processed.

The detection of people and hazards is possible on the basis of data supplied by the thermal imaging cameras.
The so-called “Judgement” learns increasingly important. Indispensable not only Hot-/Coldspot analyzes, but also morpometrische condition assessment, shape recognition, and event analyzes and their exact image and data logging has become in the meantime.

In most applications, all these above-mentioned criteria even interlocked intelligent work to detect even the most complicated events without always trigger a false alarm. (eg body heat baggage of equal temperament children or animals to differentiate on moving conveyor belts,).

A professional approach to thermal imaging cameras requires a high amount of basic knowledge about thermography. For example, one must know that metallic surfaces and other bad IR absorbers for heat radiation may act as mirrors and that different materials have different and individual emissivities for the calculation of temperatures. Here thermal, material-dependent, surface-related and atmospheric parameters play a crucial role. (see IR radiation)

A user without a basic knowledge runs the risk that he interpreted thermal images completely wrong. Due to the different emissivities of the materials measured by a thermal imaging camera temperature corresponds therefore not necessarily the actual surface temperature. Thermal images correctly interpret even to correct a physically correct manner, and to draw the right conclusions, therefore, must be learned and trained.

Read all posts by fws